CORONAVIRUS: Get the latest information

Three of the earliest Doctors for Scott City before 1900 include: 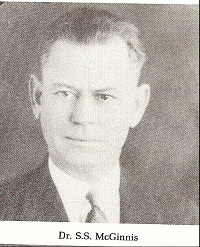 In 1929, the Tower house (as it was originally called) was bought by Doctors' Kippenberger and Bennett.  The Doctors moved their offices to the Tower House and established a hospital.

The house was remodeled to fit its new purpose.  The kitchen was made into an operating room and the kitchen moved to the basement.  The first floor contained a room for surgery patients, both doctors' offices, and a room for the nurses to sleep in.  Upstairs the large bedrooms were made into 3-4 bed wards.  It was quite a task to carry meals up and down 2 flights of stairs, three times a day. 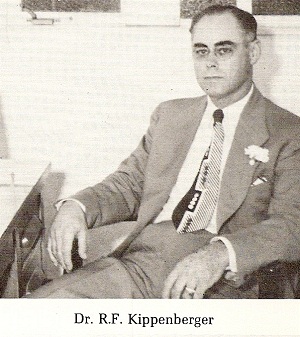 During the period of time the hospital was at the Tower Hotel, women did not come to the hospital to have their babies.

The doctor would go to their homes. The hospital was used only if there were complications. There was no janitor, the nurses did the cleaning.  At the time of the dust storms they put wet sheets on the windows so the dust wouldn't get to the patients.  A scoop shovel was used to scoop the dirt out that was thick on the floors.

The only treatment for pneumonia at the time was aspirin. There was an operating room, a laboratory, and an x-ray room with one machine for bones only. 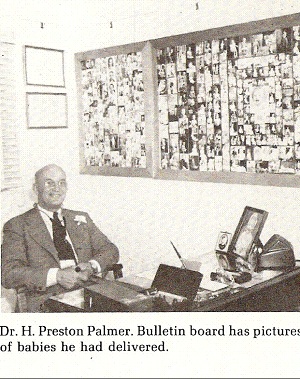 When Jo Mulch worked for Dr. Kippenberger she earned .00 a day.  The RN's got to a month.  There were no set work hours; they just worked all day and all night as they were needed.  The nurses gave all the breathing treatments.  There was no one else to come in and do all the different treatments.  Some of the duties they performed were making plaster casts, boiling syringes and running the autoclave for sterilizing.  Rubber gloves were used and they would be sterilized and used again, not thrown away.  They also boiled their needles.  Not very many surgeries were performed, aside from tonsil removals. The Tower house was used as a hospital thru 1936.

In approximately 1936, R.F. Kippenberger, M.D., and H. Preston Palmer, M.D., formed a partnership and bought the old high school property which had 5 private rooms and 2 wards.  They remodeled it into the Scott City Hospital, which contained the hospital and their offices. 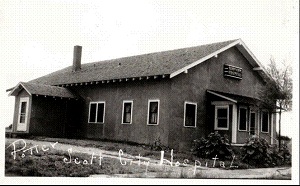 On Dec 6, 1936 the new Hospital Building in the 200 block of College Street was formally opened.  An advertisement in the newspaper read, "The new hospital building is modern and complete in every way.  In it are offices for each of the two physicians, an operating room, X-ray room, nursery, five private rooms, two three-bed wards, a kitchen and other routine depts. It is also equipped with the latest heating plant and air conditioning." More than 500 people attended the opening day ceremony, and in the first seven months of service, 180 patients were admitted.

In 1948 the doctors had begun construction of a new clinic building at 202 College.  Dr. Kippenberger died shortly after the clinic was opened, having served the community for 20 years. 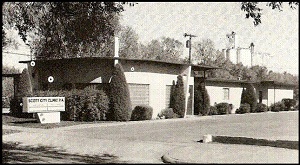 On Thursday, January 15, 1953, the News Chronicle read: "Dedication services for Scott County's new hospital building will be held at 2 o'clock Sunday afternoon, followed by open house until 5 o'clock. The new structure is built in the form of a "T", and is made so that additional wings may be added.  The kitchen and other auxiliary rooms are large enough so that they can be used for a larger institution, and would not have to be expanded in case additional hospital rooms are added. There are at present seven single-bed rooms, and nine double-bed rooms, giving a capacity of 25 beds.  In addition to these there is an emergency room and a labor room, but these cannot be counted in the bed compliment.  There also is a complete nursery department with eight bassinets. 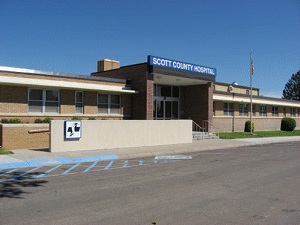 The entrance to the building is in the middle of the south side.  The west wing is designated as a maternity department, the east wing is for medical and surgical patients, and the north wing houses the x-ray room, delivery room, emergency room and laboratory.  A large kitchen, nurses' dining room and a number of store rooms occupy the basement.

Physicians on staff during the dedication of the new hospital on January 18, 1953 include Dr. Eugene Kane, Dr. H. Preston Palmer, and Dr. Galen W. Fields.  During the move, 11 patients were transferred and 11 more were admitted leaving 3 vacant of the 25 beds.


The Scott City Clinic was acquired in 1999 and merged into the Hospital operations. The Emergency Medical Service is also a part of Scott County Hospital.

In 2004 the Hospital became a Critical Access Hospital. On June 29, 2012, a Grand Opening was held for the newly built, Scott County Hospital at 201 Albert Avenue.

With all of the recent growth, a new wing for specialty clinics was added. This is also a new entrance for occupational and physical therapy services. The project was completed and opened in July of 2019.

Today, the organization represents one of the largest employers in Scott County. The majority of this information is from "The History of Scott County" books that can be found at the Scott County Library.


Here you will find a research library to tens of thousands of health sources where you may read and examine health topics of interest to you.